Have you ever wondered how you are able to hear? Most of us take the process for granted, as it happens as naturally as breathing. But for almost 48 million individuals in Cedar Park and throughout the country, the processes of hearing is getting more and more challenging. Understanding how you hear is important and can often help you prevent hearing loss in the future.

The Three Parts of the Ear 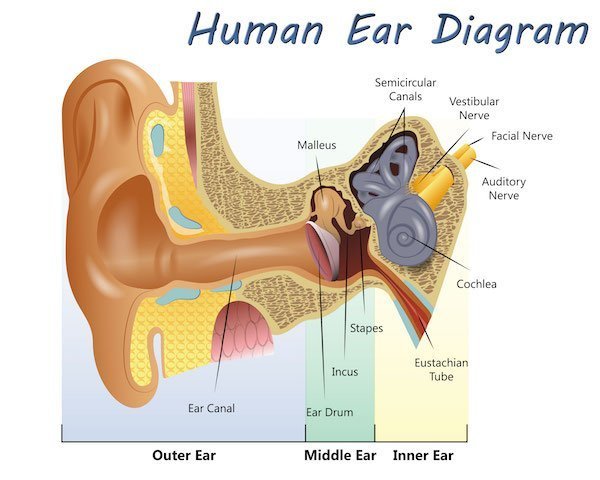 There are three sections of the ear: the outer ear, middle ear and inner ear. Each plays an important role in hearing.

The visible portion of the ear is called the outer ear. It is responsible for collecting sound waves from the environment and funneling them into the ear canal. At the end of the ear canal is the eardrum; the waves will hit the drum (tympanic membrane), causing it to vibrate.

The middle ear consists of the eardrum and the auditory canal. When the sound waves hit the eardrum, the resulting vibrations travel through a collection of three bones called the ossicles (specifically, the malleus, incus and stapes). These bones are attached to the oval window, which connects the middle and inner ears.

The final part of the ear is known as the inner ear. It contains the cochlea, a fluid-filled structure. The vibrations transmitted from the eardrum cause the hair cells within the cochlea to move. This movement is converted to electrical impulses that traverse the auditory nerve to the brain. There, they are interpreted as sound and the hearing process is complete.

There are two types of hearing loss – conductive and sensorineural.

Conductive hearing loss is caused by problems in the outer ear, ear canal, eardrum or middle ear. These problems can be caused by any of the following:

Damage to the inner ear is known as sensorineural hearing loss or “nerve deafness.” This type of hearing loss may be caused by any of these:

If you think you may be suffering from hearing loss, now is the time to do something about it. Contact your Cedar Park audiologist today.